After three-and-a-half seasons and a pair of playoff appearances, the Jason Kidd era in Milwaukee is over.

Coach Kidd was dismissed by the Bucks on Monday, in the midst of his fourth season, with Milwaukee sitting eighth in the Eastern Conference standings just past the midway point of the season.

“We appreciate everything that Jason has done for the Bucks organization, but we have decided to make a coaching change,” General Manager Jon Horst said in the statement released Monday. “We believe that a fresh approach and a change in leadership are needed to continue elevating our talented team towards the next level, bringing us closer to our goal of competing for championships.” 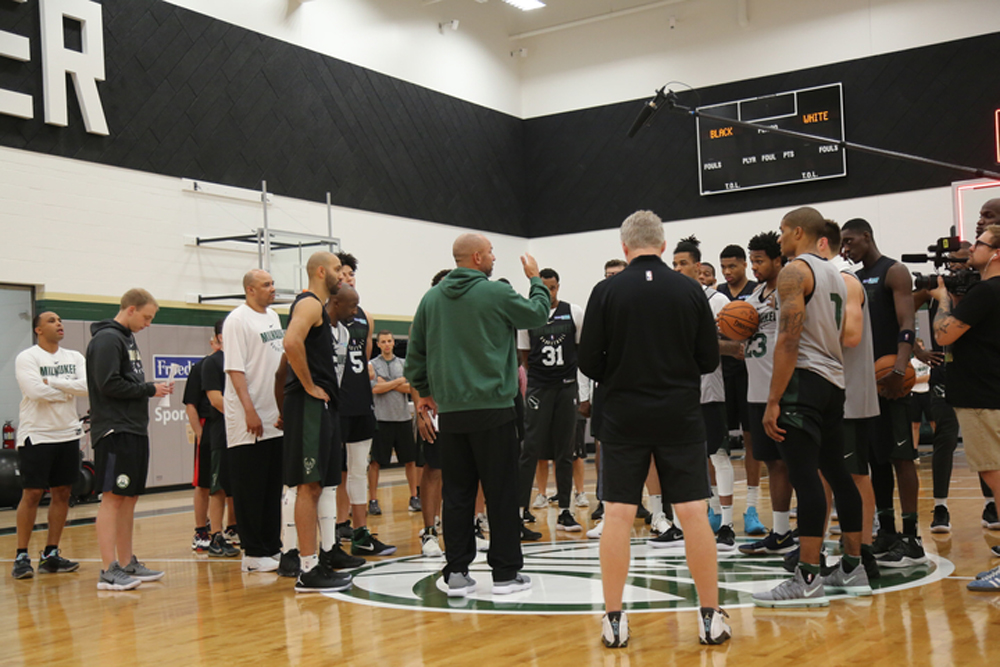 With their 23-22 record through 45 games in 2017-18, the Bucks stood at 183-190 after nearly 400 games with Jason serving as the coach, a stark turnaround from the 15-67 mark they posted the season prior to his arrival. For his part, J-Kidd believes the future remains bright in Milwaukee.

“I would like to thank the Milwaukee Bucks fans, ownership, staff, and most of all the players for the last four years,” Jason said in a statement released on his Twitter account and Facebook page on Thursday. “It has been an honor and a pleasure to be your Head Coach. The future is bright for Milwaukee.”