For the second time in as many years, Jason Kidd was honored amongst his peers as a Hall of Famer.

This time the honor hit close to home.

“It’s a great honor to be inducted into Cal’s Hall of Fame as well as in Springfield,” said Kidd. “But this is where it all started for me going to St. Paschal’s elementary, St. Joesph’s high school and Cal.  It starts with a dream, I wanted to be a basketball player and watching guys like Magic Johnson really inspired me.” 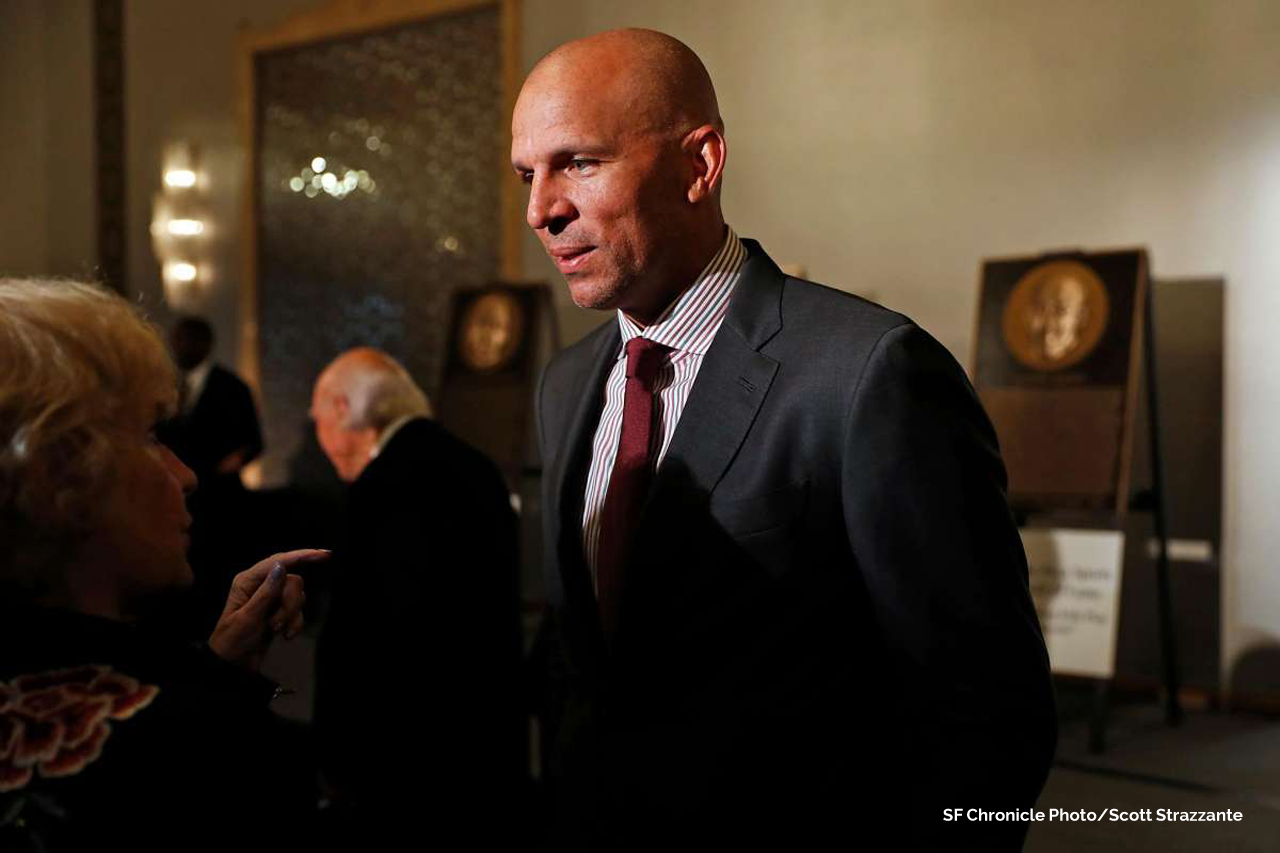 While a few of those inductees enjoyed professional success in the area, the Bay is where it all began for Jason, who starred as a youth basketball player in Oakland from a young age. He made a permanent mark on the area at St. Joseph’s high school, where he led the Pilots to a pair of state championships while becoming one of the top college prospects in the country.

“He’s the Bay Area’s version of Michael Jordan,” his high school coach Gordie Johnson told KRON 4 in a recent interview. “We’ve had some good basketball players in the Bay Area but I think the kids really attach to him because of his personality. He’s always good with kids. Some superstars are kind of gruff. He’s just a kid, he just likes being around kids and they gravitate to him because he gives them time. He never turns his back on anybody. He’s one of the superstars from the Bay Area that out of all the kids who come through here, I would say Jason is the best two to three players to ever come through the Bay Area.”

Of course, ever humble, Jason was asked about the point guard hotbed in Oakland and he said a current NBA star holds the honor of the best to come from Oakland, over himself and Gary Payton.

“It’s a great question, a great debate, but I would vote for [Damian] Lillard,” J-Kidd told the San Francisco Chronicle, of the Portland Trail Blazers point man who has been one of the stars of the 2019 NBA Playoffs thus far. “Nobody’s really talking about them. They’re playing at a very high level. Lillard is playing at a very high level. If you’re healthy and shooting the ball the way they are, they can beat anybody.”

Jason would know. Lillard and the Blazers are attempting to break the NBA mold with their playoff run. The Golden State Warriors, have won three of the last four NBA titles, and in the last eight years only two franchises besides the Warriors and those led by LeBron James have won the championship — the dynastic San Antonio Spurs and Jason’s Dallas Mavericks, who rode their own hot shooting and health to a championship upset for the ages in 2011.

That NBA title put the icing on a stellar career for Jason, but he’d cemented his status as a Bay Area legend long before that. So for such a unique honor that hits close to home, Jason picked a special mentor to induct him, Johnson, his high school basketball coach.

“Gordie saw me develop from elementary through my coaching career, so I figured he was the best person to tell my story.”

“I’m so honored to be able to speak on behalf of Jason Kidd,” Johnson said  “It speaks volumes to our relationship.  It was well deserved from the time I met him, we had a father-son, big brother type of relationship and its been special to go through his entire journey with him.”