This Week in Kiddstory: Playoff Magic

During this week in 2002, Jason Kidd and the New Jersey Nets were locked in a first-round battle with the Indiana Pacers, a series that went the distance. Back in 2002, the first round was a best-of-five series, and the Nets hosted the final game of an ultra-competitive series in early May.

With Reggie Miller and Jason Kidd dueling every night of the series, there were certainly high expectations for the deciding game, and the two stars did not disappoint. Both players matched each other shot-for-shot all game long, leading their respective teams with 31 points each. 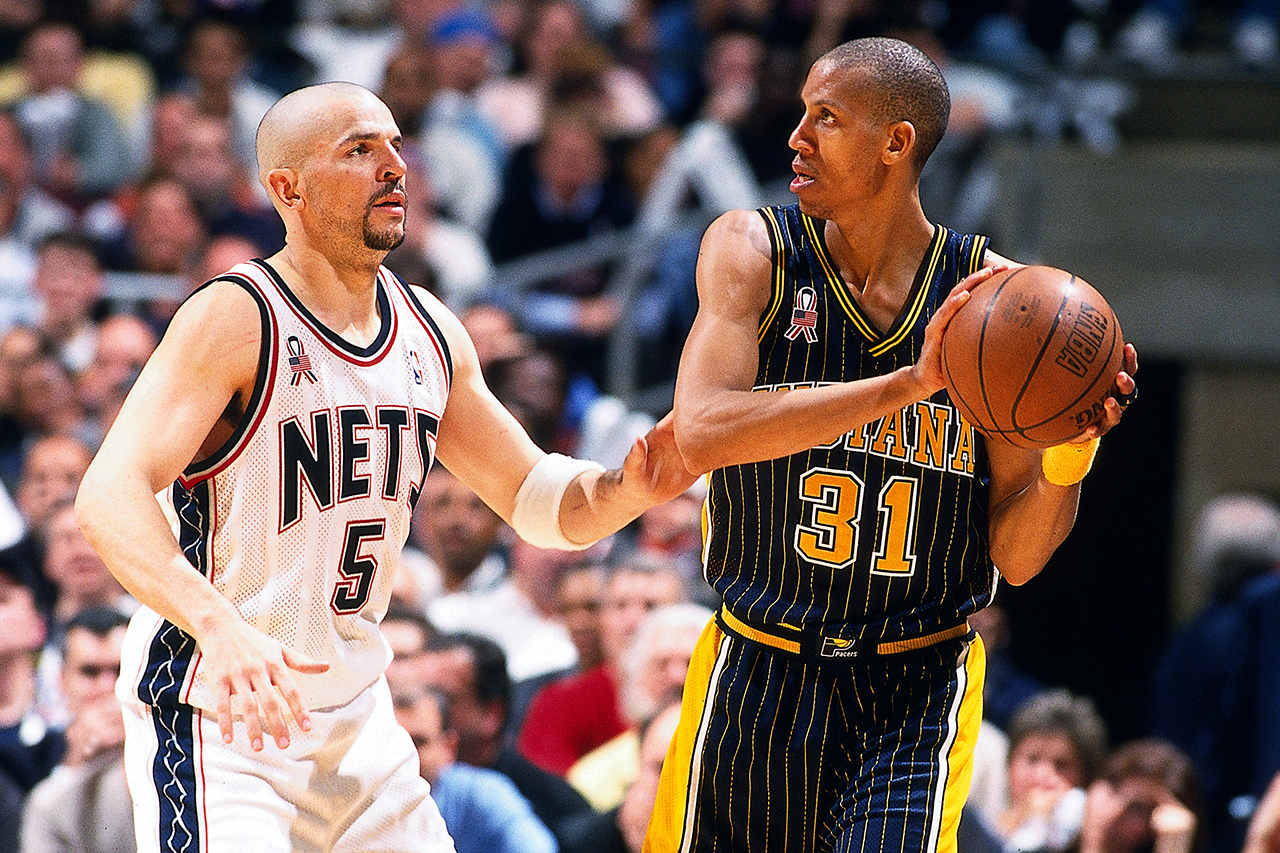 J-Kidd, however, emerged with the win in a double-overtime, series-clinching thriller. His impact on every aspect of the game made all the difference in such a tightly contested matchup. In addition to J-Kidd’s scoring output, he also added eight rebounds, seven assists, four steals and a block, leaving his mark on the pivotal Game 5.

As is the case in any great playoff game, the result hung in the balance all the way until the end.

The Nets led in the closing seconds of the fourth quarter 96-93, but a last-second heave from Reggie Miller sent the game into overtime. In the first extra period, the Nets and Pacers went back-and-forth. Miller hit a big shot, and J-Kidd would answer, with a clutch shot of his own or by finding an open teammate after driving the lane. 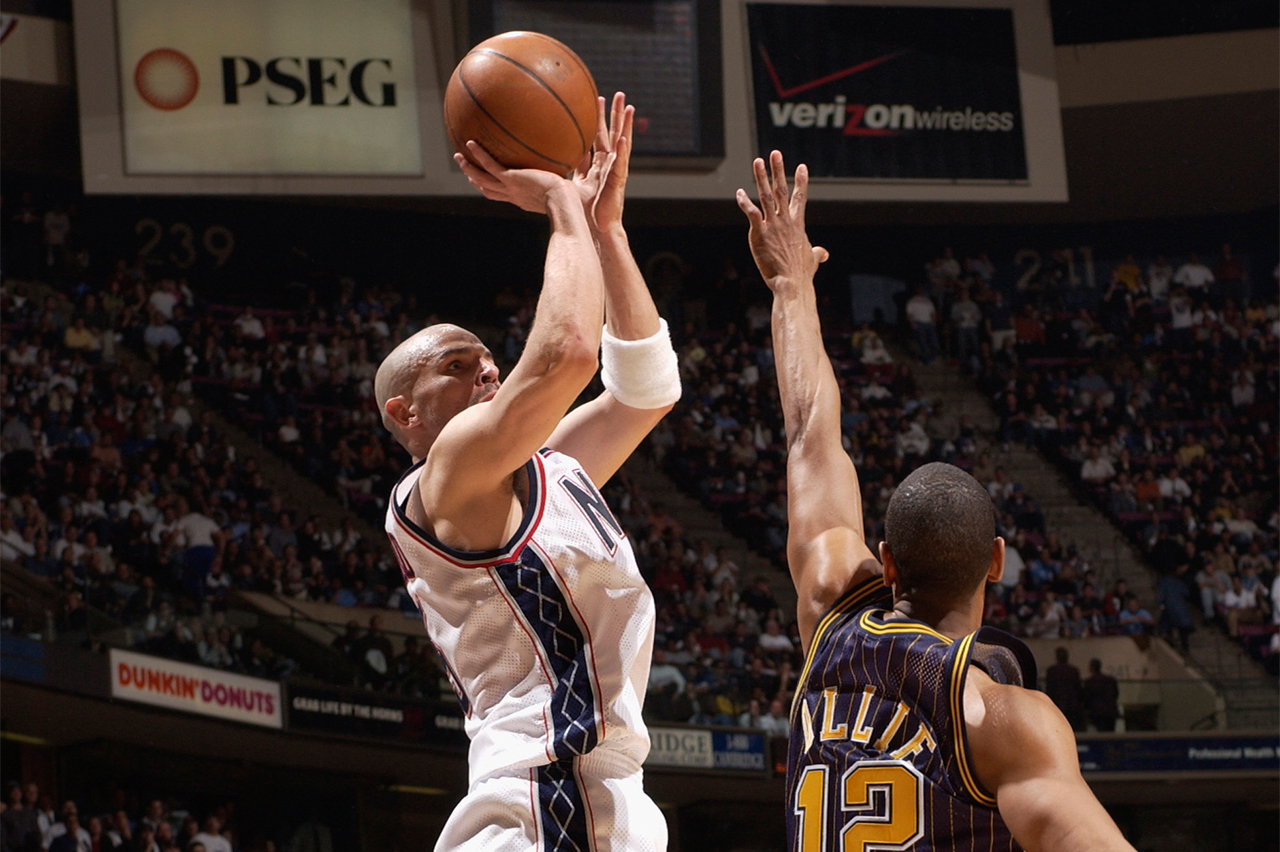 The Nets led once again as time waned in the overtime period, and Miller came up with another clutch bucket, this time a driving dunk, to tie the game and extend it to a second overtime.

From there, J-Kidd took over, hitting tough shots with the defense all over him and finding Kenyon Martin and Keith Van Horn for open looks on the offensive end. And Kidd continued to pester the Pacers on the defensive end, stifling their offense and turning the ball over back to the Nets throughout the final overtime to run away with the game and the series. 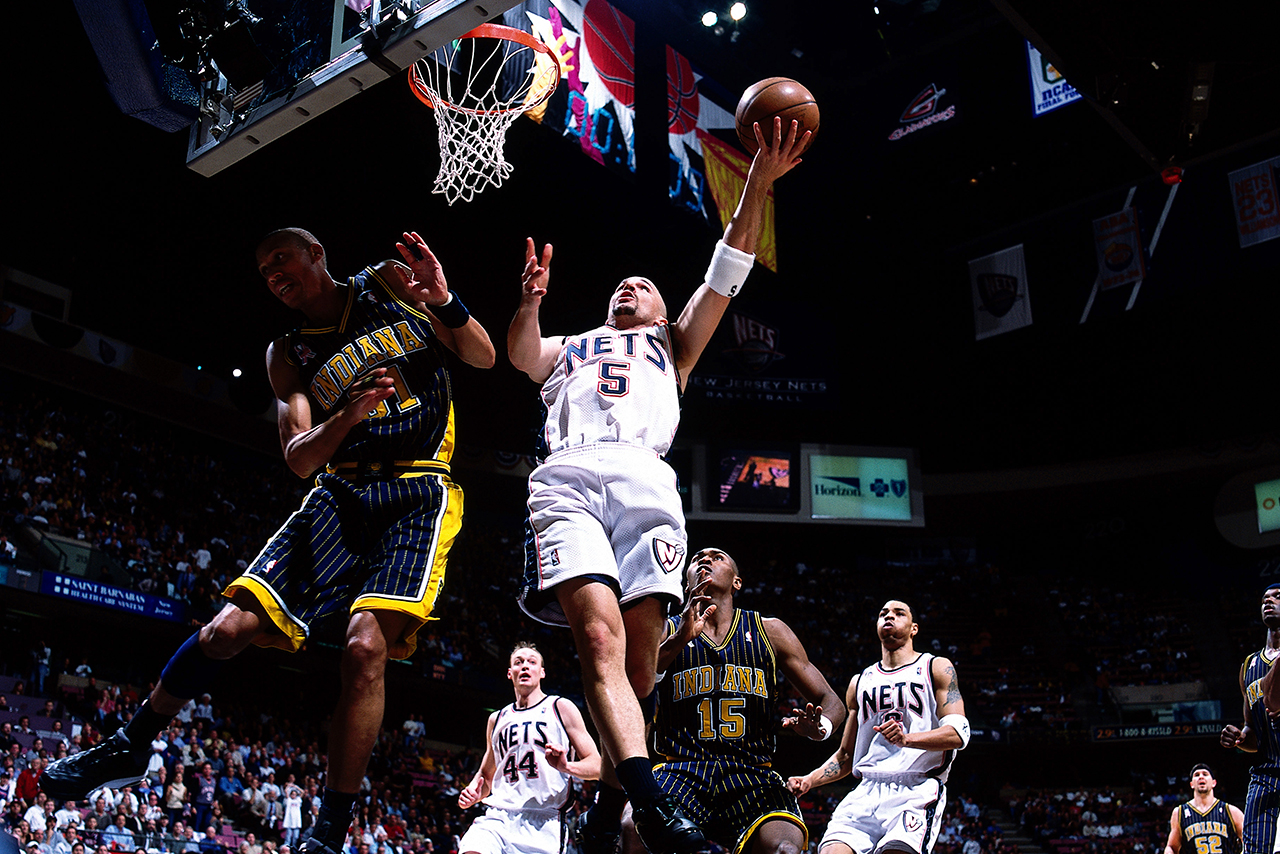 The Nets pulled away and won 120-109, advancing to the second round of the Eastern Conference Playoffs. That game gave J-Kidd and his teammates confidence and propelled the Nets on a run all the way to the NBA Finals, their first of two consecutive Finals appearances.