Kidd Dishes on Move to LA

Coach Jason Kidd is ready to get back to work.

Freshly announced as a member of the Los Angeles Lakers coaching staff in early August, J-Kidd is completing some final engagement before heading to training camp in Los Angeles next month. Among them was a promotional trip to Beijing ahead of the 2019 FIBA World Cup.

While there, Jason sat down with ESPN to discuss his goals for this upcoming Lakers season, learning under Frank Vogel and coaching star talents like LeBron James and Anthony Davis. Jason believes he brings a unique perspective to the coaching staff that can help LA succeed.

“Frank Vogel is a great human being, great coach and I’m just lucky to have the opportunity to learn under him,” Jason said. “To be able to help him when he asks for help from my past experience as a head coach, but also just as a former player and an older player, to be able to help him understand some of the things that those guys are going through.”

Jason noted he has been in touch with some of the players, including James, but that he likes to give players their space in the offseason.

Talking about the Lakers, of course, begins with the 34-year-old James, who missed the playoffs in his first season with the Lakers last year, for the first time in his 16-year career. Kidd has long had an admiration for James, who he teamed with during the 08 Olympics and battled in the 2011 NBA Finals.

“One of the smartest players in the world, you talk about one of the best players to ever play the game, the right way,” Kidd said. “So I’m very excited to help him hopefully achieve his goal and our goal as the Lakers, and that’s to win a championship.”

Now entering his 17th season James, who will turn 35 in December, and who is coming off an injury-shortened 2018-19 season due to a groin injury, will be looking to extend his availability as the Lakers fight for positioning in a loaded Western Conference. 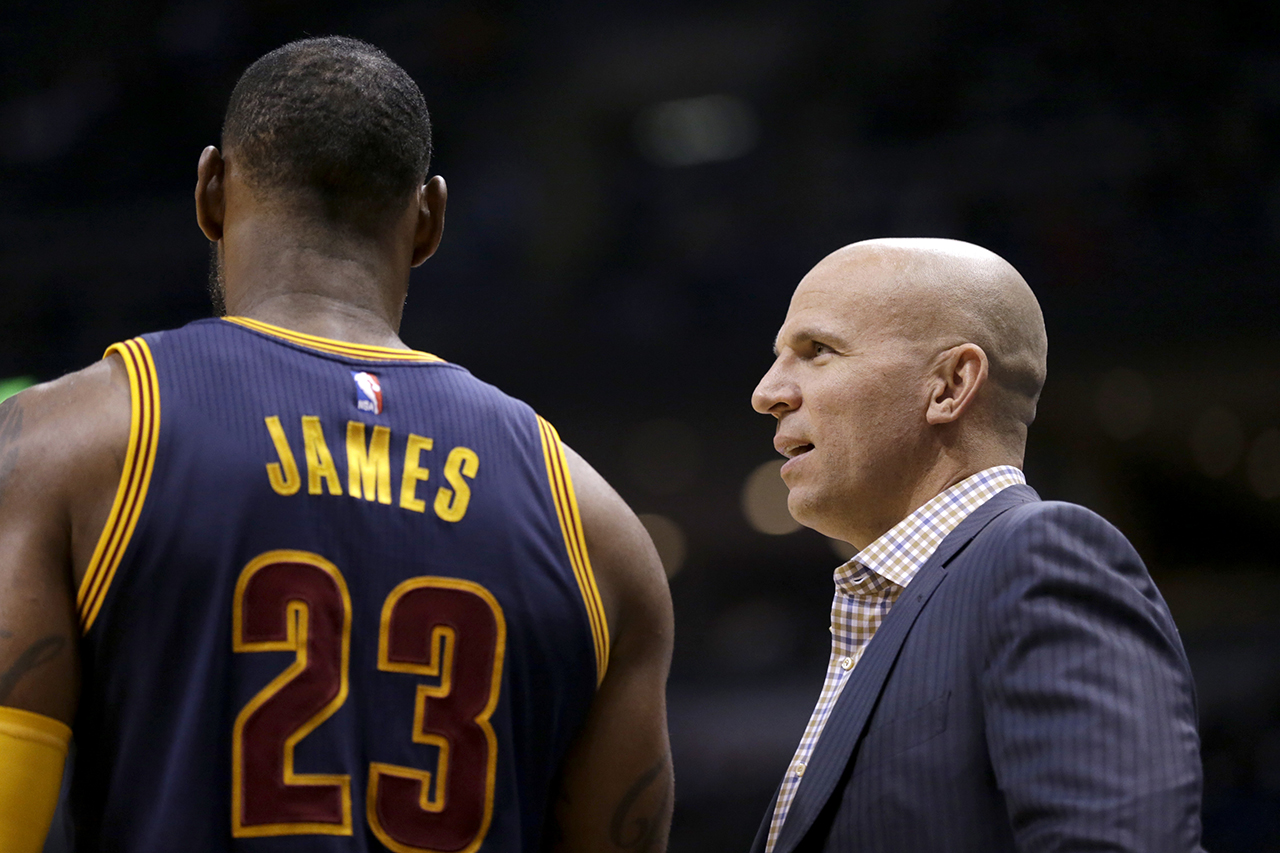 Having played until age 39, Jason says he plans to share with LeBron some of the things that helped him keep suiting up each night and surviving the long grind of a NBA season in the later stages of his playing career.

Fortunately, after going at it with a mostly young, inexperienced roster last season, LeBron will have some help to get LA back to the playoffs in 2020. Though the Lakers made several aquisitions this summer, without question the biggest was the trade for big man Anthony Davis, one of the top young players in the game.

J-Kidd is excited to get the chance to coach and work with a player as talented as AD.

“He can put the ball on the floor, he can pass, we all know he can shoot the three, he can post up. Defensively, [he can] block shots, rebound,” Jason said. “He has the total package, and that’s why he’s one of the best players in the world.” 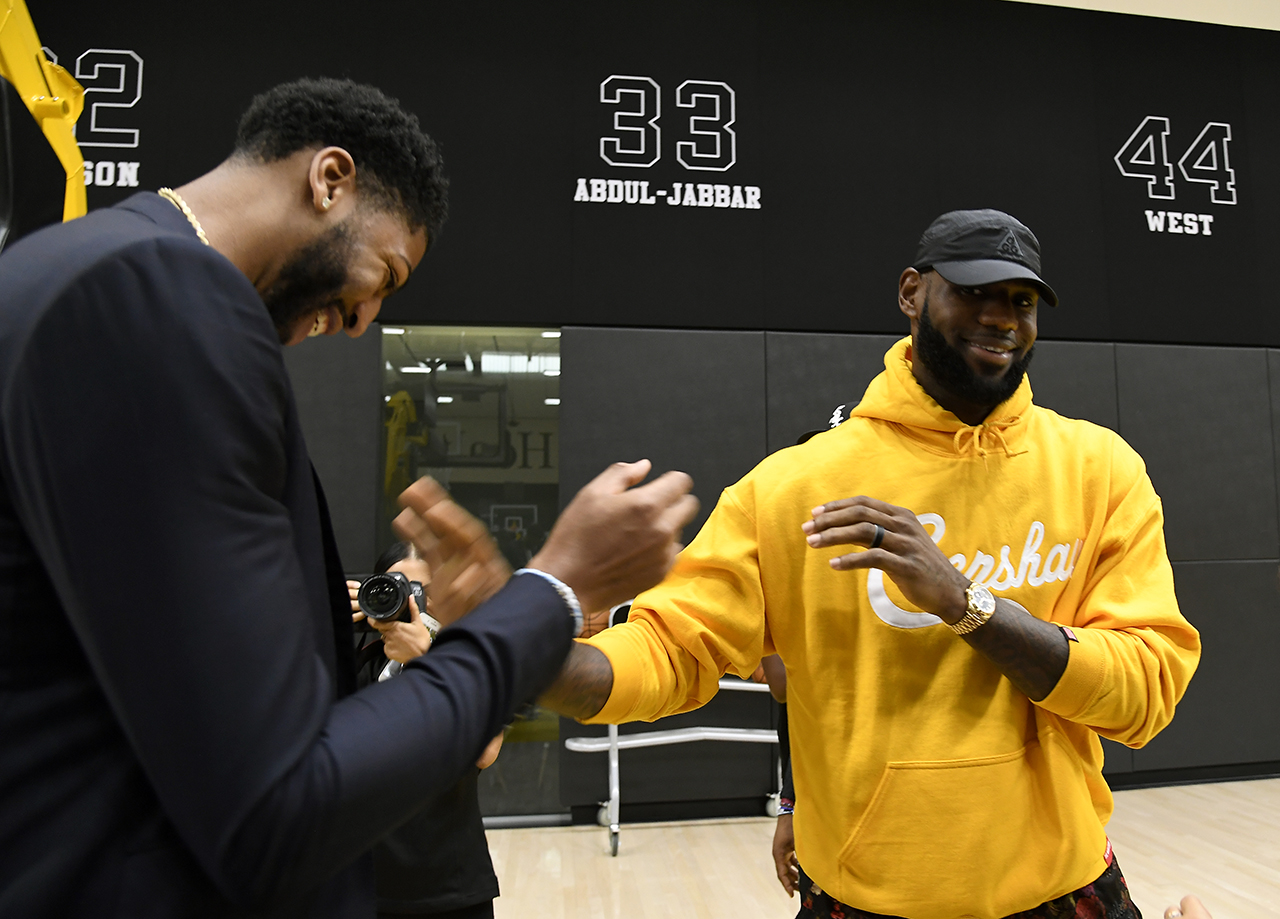 Kidd believes that while adding Davis’ skillset to an already talented team helps LA tremendously, Davis can also learn from LeBron and what it is like to play with one of the best players in the world.

“For us to be able to have him with LeBron, (Kyle) Kuzma, (Rajon) Rondo and some of the other guys on the team, it just makes it that much easier [for the coaching staff],” Kidd said. “This will be his first time playing with someone like LeBron, so this will be a great learning experience and a process for him too.”

Ultimately, J-Kidd is looking forward to a new experience as an assistant coach in the 2019-20 season as he looks to help Coach Vogel bring the Los Angeles Lakers’ organization back to the top of the league where it has been for so many years. When talking about LA’s goals, Jason put it simply.

“As an athlete or as a coach, you always play to win. For us in L.A., you know, we want to win and be successful in the season,” Coach Kidd said. “But I think when you start talking about the bigger picture, that’s to win a championship. That’s what we want to do in LA.”